Third consecutive podium for Romano Fenati at Sachsenring circuit. Three times second in the last three races and if we think that at Montmelò, Assen and Sachsenring the rider from Ascoli has never gone on the podium, his job is greater. Well done for Romano and for the team: together they took the best from a weekend full of technical choices. The M choice at the rear was, may be, a gamble but, at the end, it was correct even if the tyre, at the parc fermé, demonstrated all his "suffering". Once again a good recovery for Jules Danilo who crossed the finishing line fourteenth, coming up from the twenty-fifth position on the grid. Just a contact at the last lap with another rider deprived him from a better result. We go on holiday happy, aware to be protagonist of the Championship.

Romano Fenati: "This second place is like a victory for me and it's a special result considering that we had problems for the whole weekend and the podium seemed to be not reachable this time. Instead we did a great job with the team, we did the right choice with the M at the rear as I was fast and strong even in the final part of the race. It was a correct battle and I fought until the end. Now the summer break and from Brno we'll stay focused on the Championship, race by race".

Jules Danilo: "The final result does not reflect the hard job done in the race to recover from the twenty-fifth position. I could fight for the sixth position today but in the last corner, when I was eleventh, I lost three positions following a contact with Di Giannantonio. The positive side is that I demonstrated once again to be fast and from Brno we will come back to fight for the important positions". 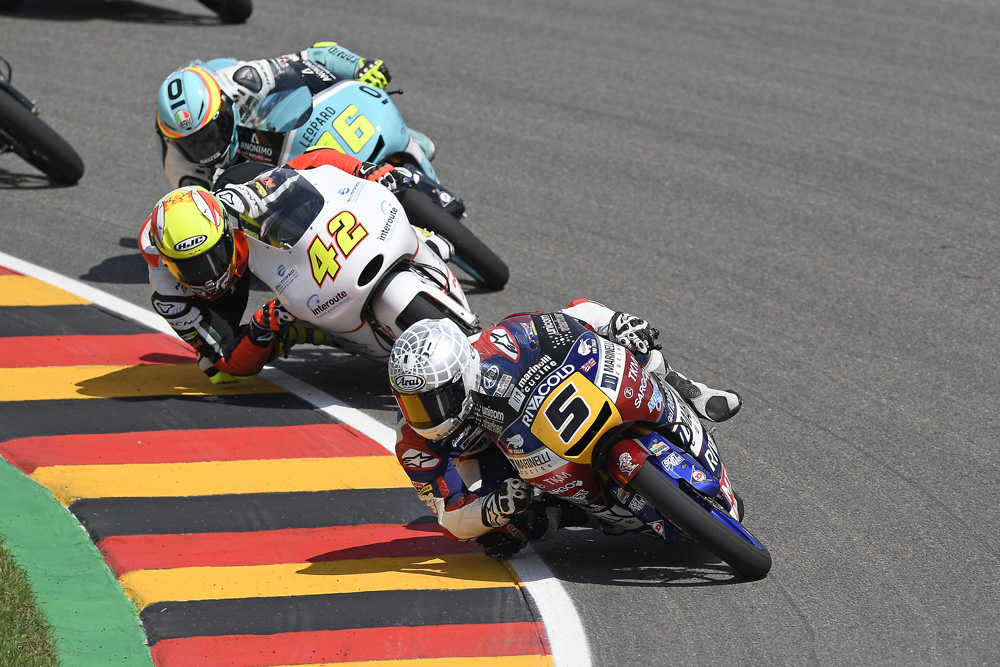